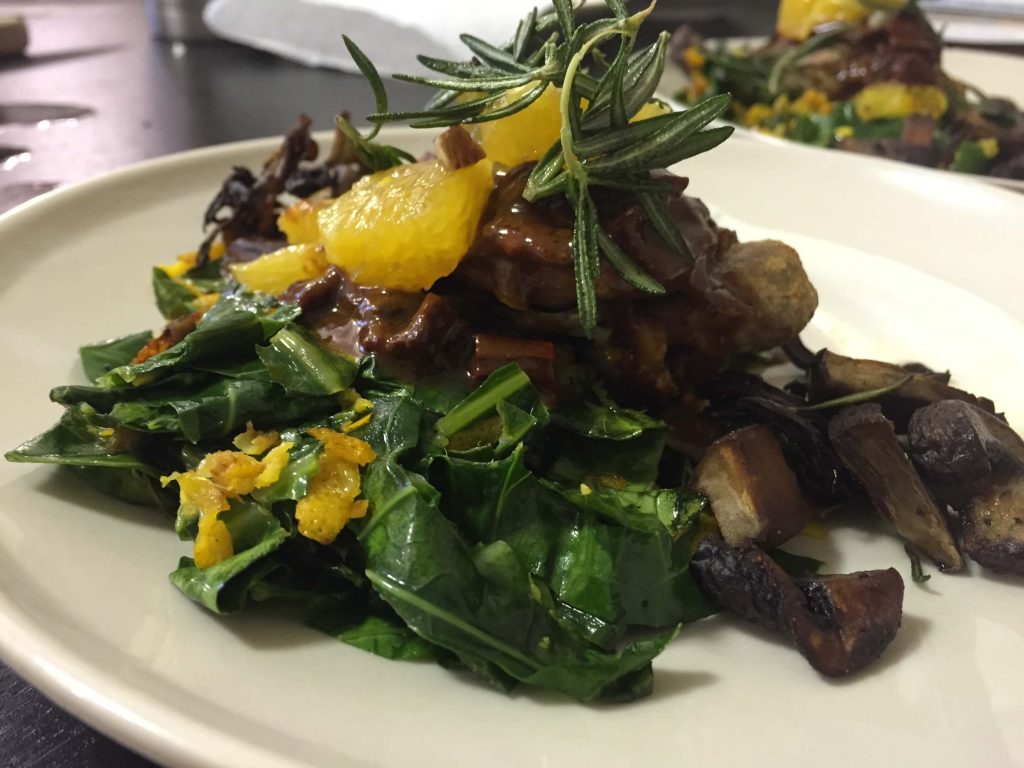 A flavor cocktail of chipotle peppers, oranges, and rosemary turn what could be “ho-hum” into “oh yum!” 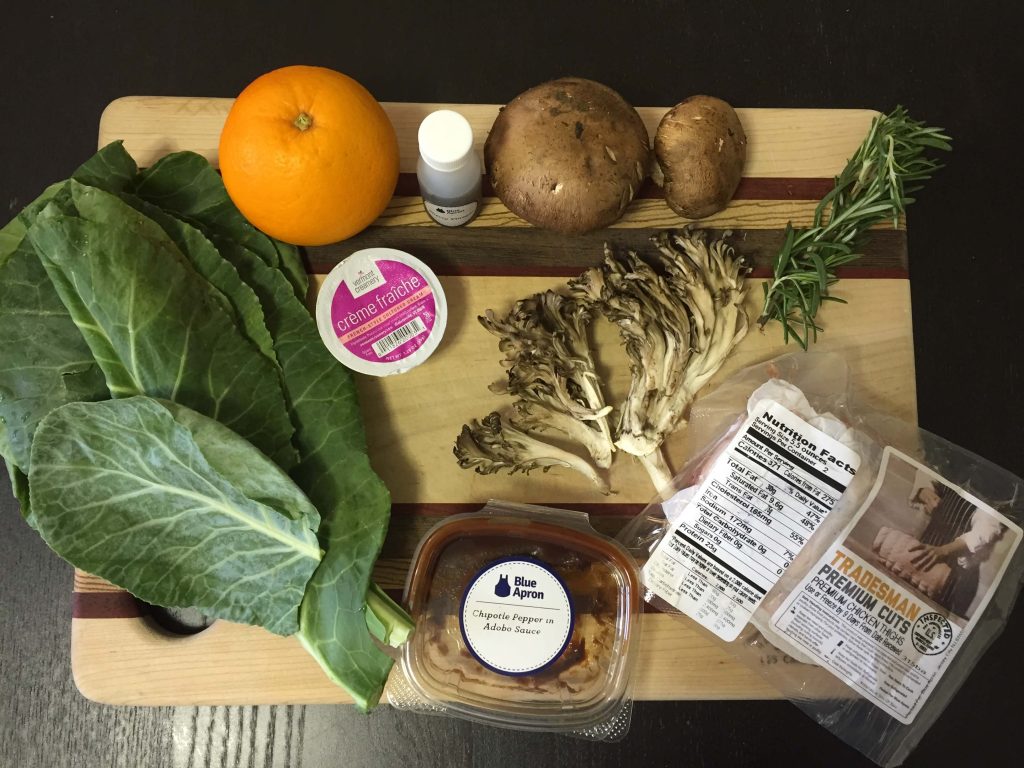 The flavors in this meal were just hands-down incredible. While I originally thought that introducing recipes created by Top Chef contestants was a tad gimmicky, I now have a new respect for the show. This recipe combined three of my favorite things: fragrant rosemary, juicy oranges, and fiery chipotle peppers into a food rocket that nailed the taste target. Word of caution. If you’re going to make this recipe, when it says to add the chipotle pepper “tasting as you go”, don’t dump in the entire pepper unless you really like spice. I loved the potent spice kick, but I think it may have singed off some of my husband’s eyebrows. 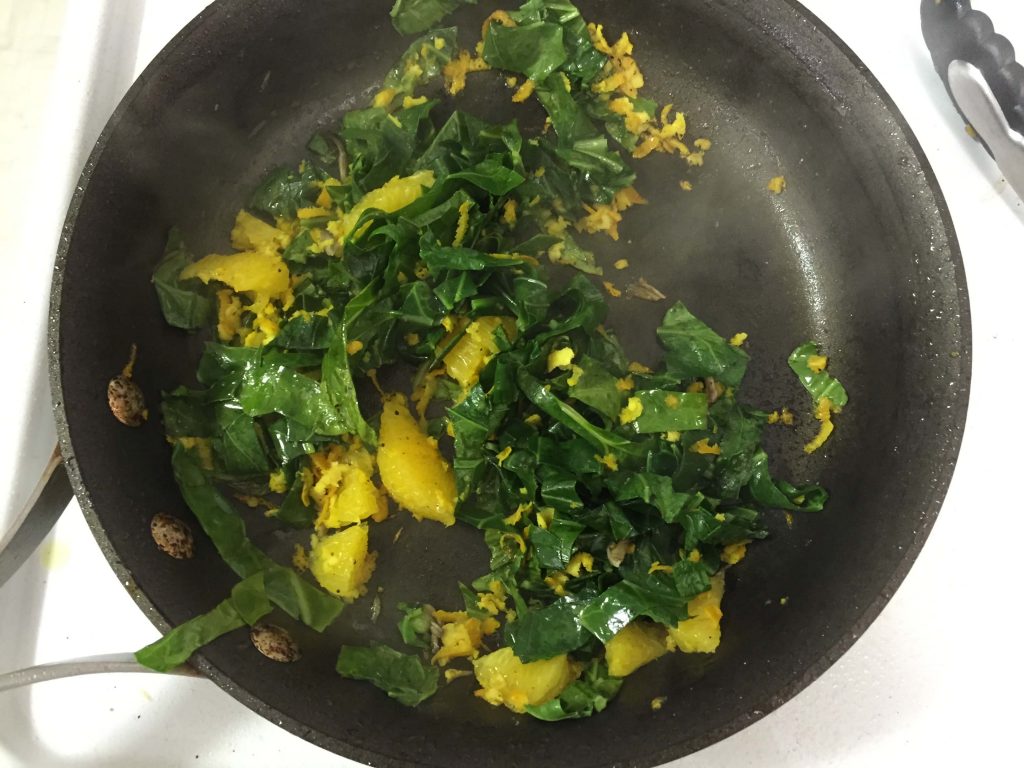 Since there wasn’t much to it, I’d say this one was pretty diet friendly.

I’m giving the ingredients a 6/10, not because of their freshness or innovativeness, but because there was simply not enough food. The chicken thighs were microscopic to begin with and after browning them in the oven I literally laughed at how much they had additionally shrunk. With such a cheap cut of meat, I feel like they could have at least thrown in more meat, or rounded out the meal with a filling starch or grain. The portions were so tiny that I almost gave my husband my whole plate of food in addition to his own. Two hours later we were ravenously digging through the cabinets for something to fill our grumbling stomachs. Other than portions, the ingredients were fresh. My favorite component was the mixed mushrooms, that were quite beautiful when we took them out of the box but got completely mutilated in the dish’s presentation. If they were trying to cut costs with this meal, they should have opted for the cheaper grocery store mushrooms and given people more real food. 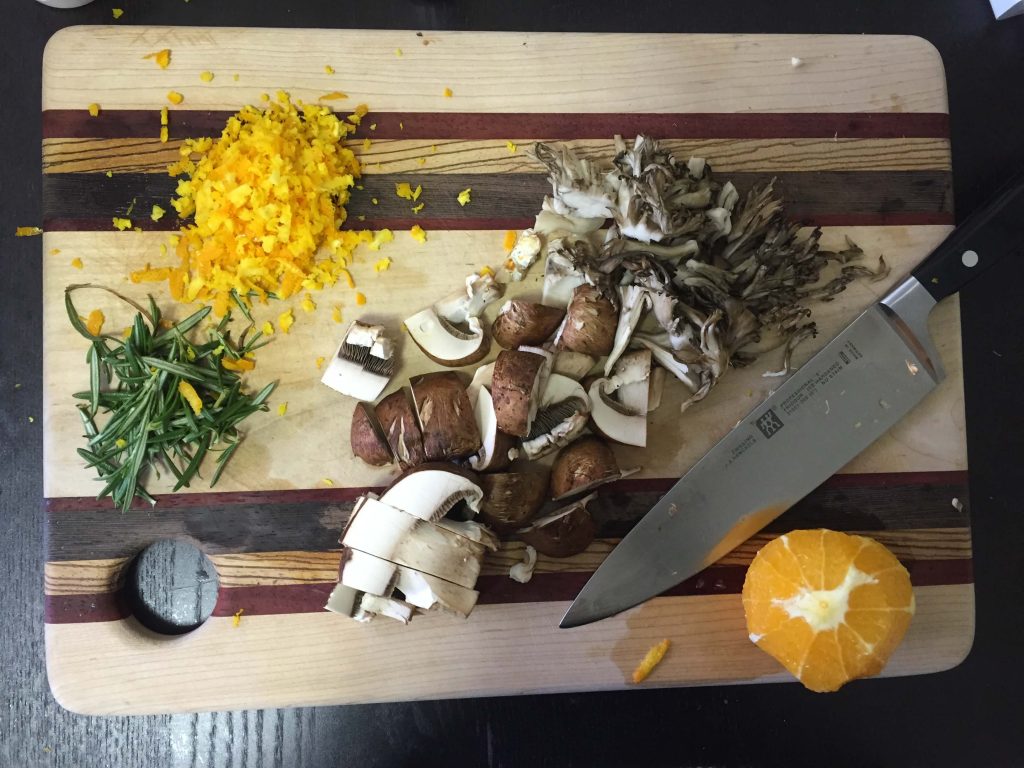 Should have taken 50 minutes or less, but this one took an hour to prep. That’s a lonnnnnng time for not much food. And we had to cook again less than two hours later.

To get our final opinion on the Blue Apron service, read our Definitive Review of Blue Apron.