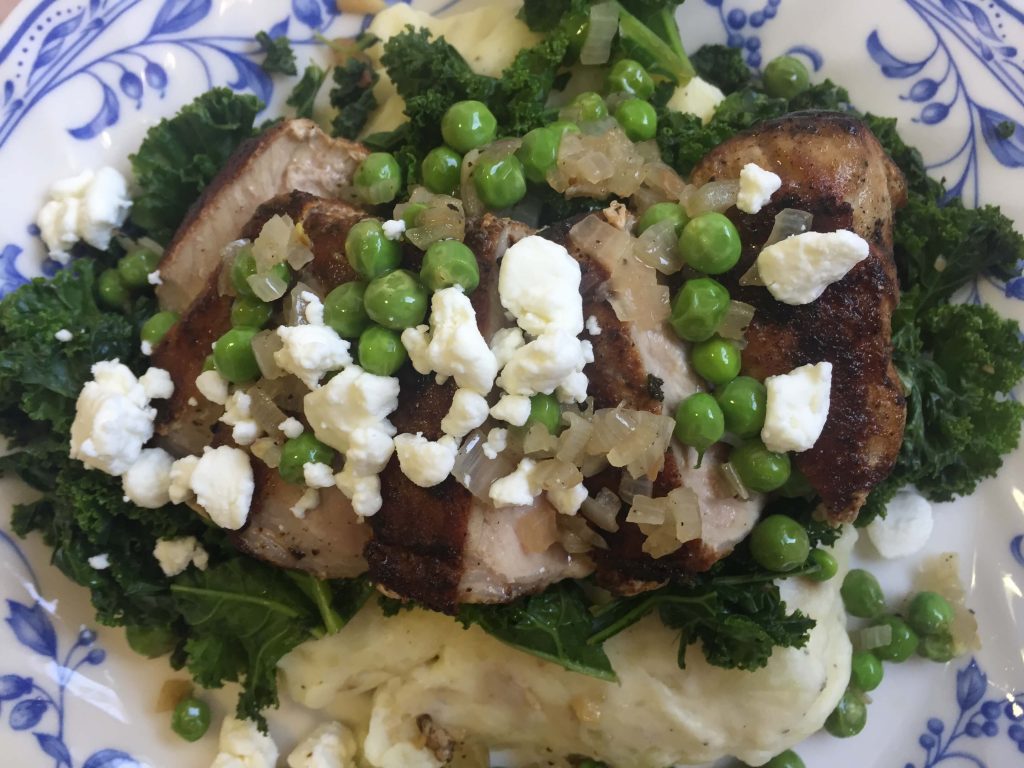 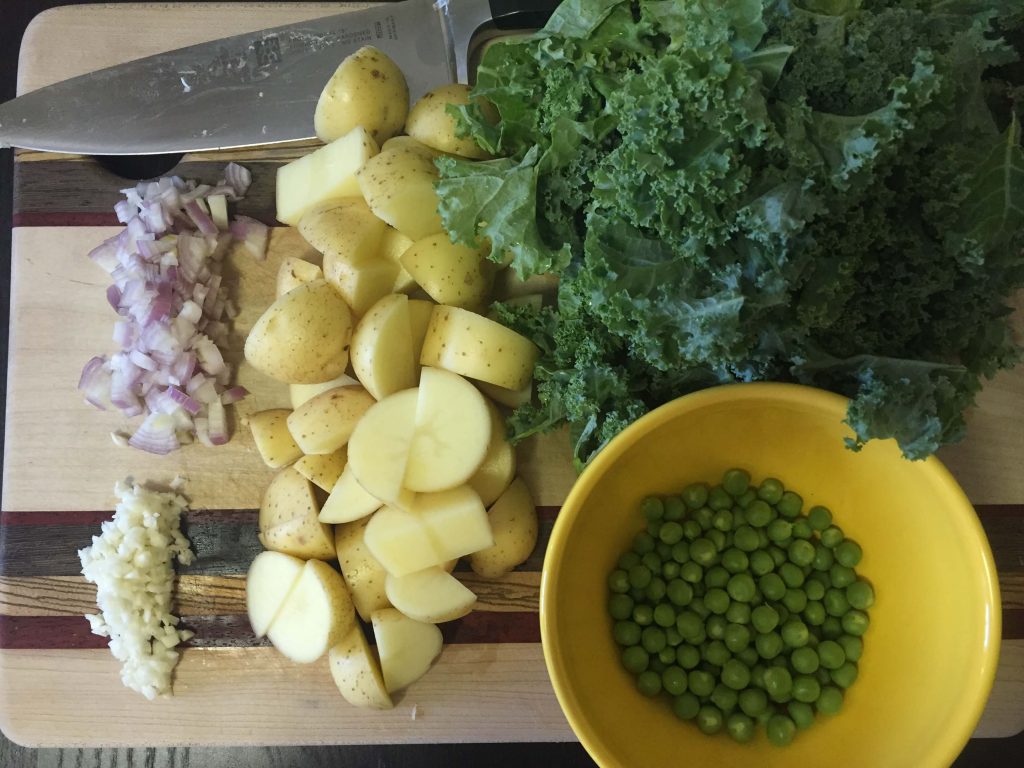 An exemplary example of British cuisine at its finest, this meal was both scrumptious and hearty. I’m not one to make pork chops a lot, unless they’re on sale at the grocery store. The cuts of meat were nice and thick, with just enough fat to retain moisture during the cooking process. Lightly seasoned with a spice blend containing fennel, coriander, ground mustard, and garlic powder, these were some of the best pork chops I’ve ever made at home. I appreciated the addition of steamed kale and fresh English peas, which helped balance out the heaviness of the pork and potatoes and added great flavor of their own. Overall, this dish was a solid 7/10, but compared with some of the other Blue Apron meals we’ve made, it wasn’t a stand out. 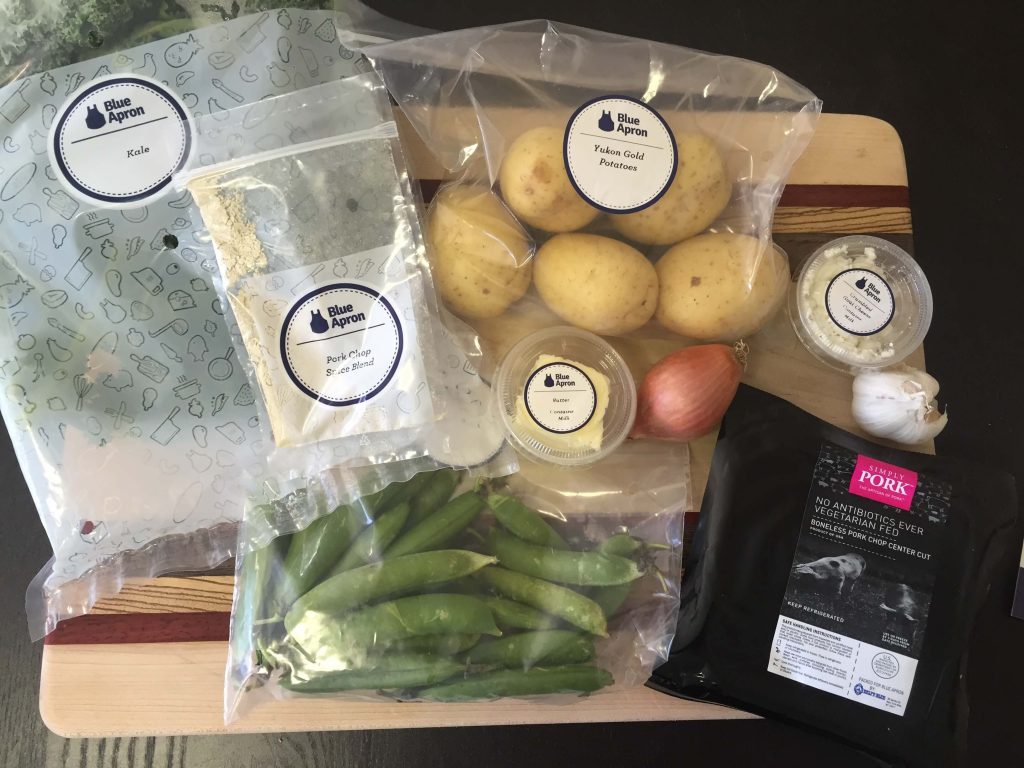 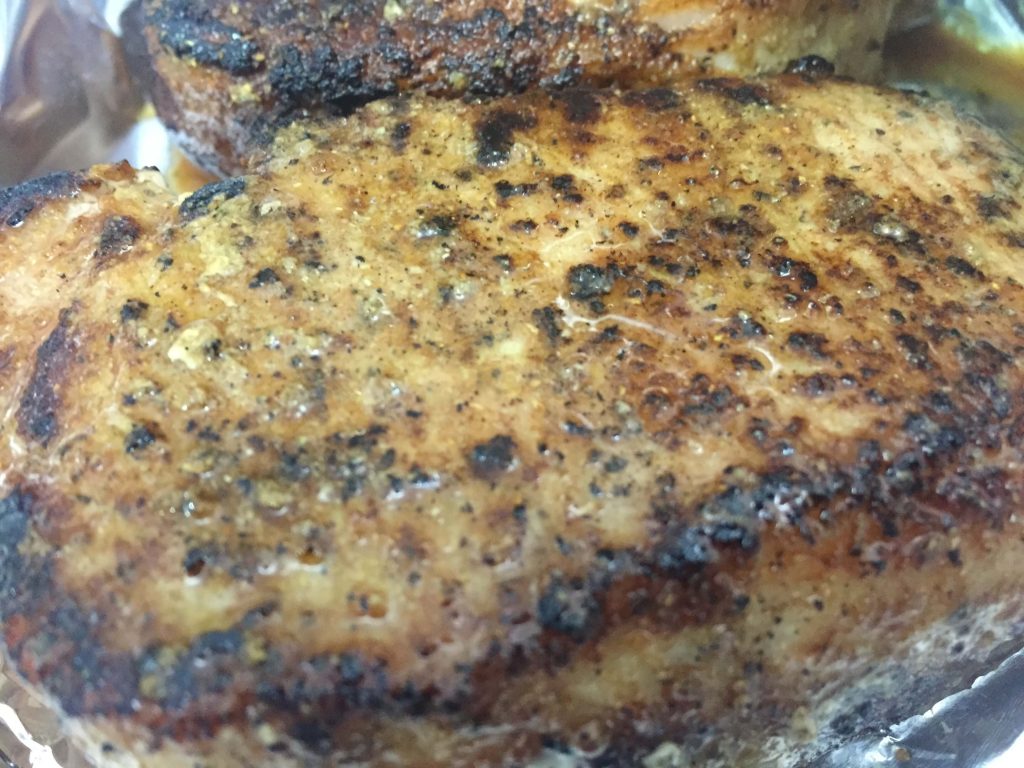 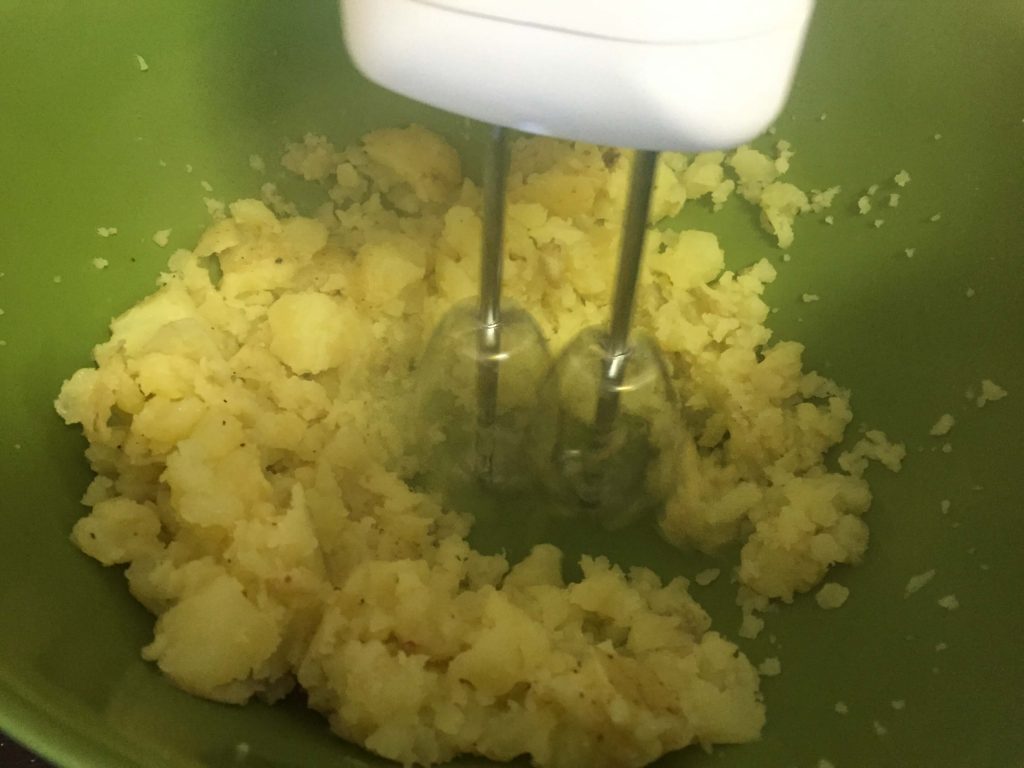 Prep time should have been 15 minutes, with a 25-35-minute cook time. Started prepping at 5:20 and finished at 6:11, so I was pretty much spot on. I struggled to get my potatoes to mash to the right consistency even after letting them cook past the recommended boiling time. In the end, I managed by adding a little cream and enlisting the help of my handy hand mixer.