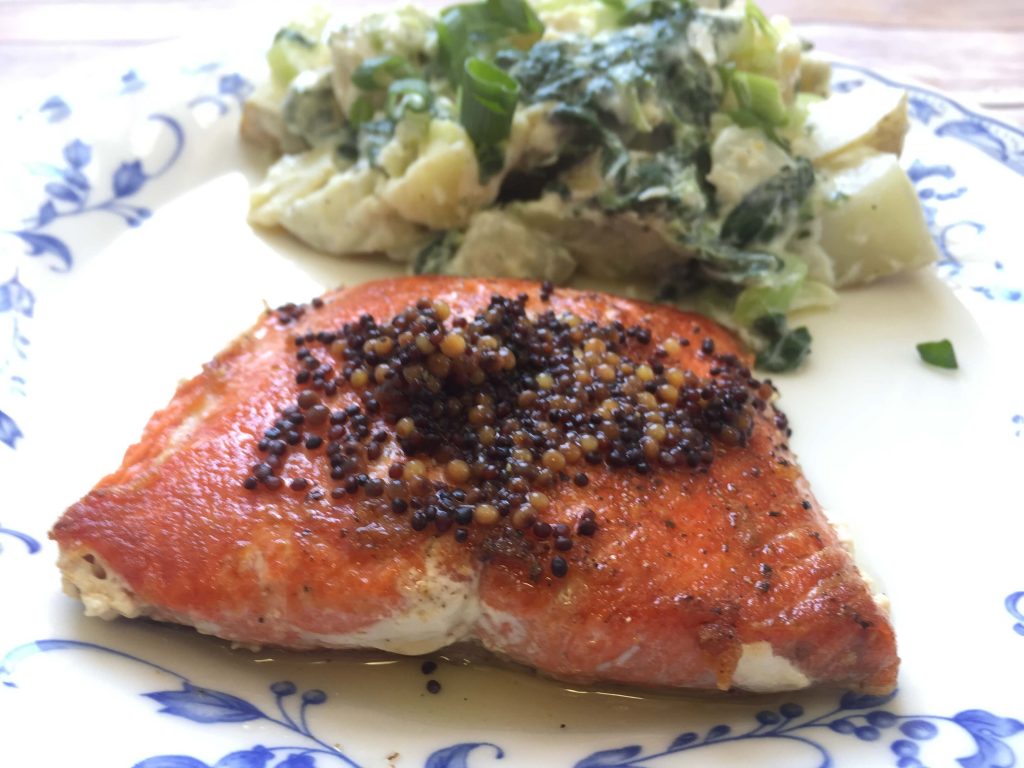 I was not a fan of the salmon AT ALL, to the extent that I will uncheck the box for fish from any future Blue Apron deliveries. Our first salmon dish, the one with Labneh, was really delicious, the 2nd marginal, and this 3rd one nearly made me gag. We didn’t make this right away, so I tossed the salmon in the freezer per the box instructions. Trying to thaw out frozen salmon is tricky business, and the result was to me, inedible. Additionally, the pickled mustard seeds were too much effort for their minimal flavor contribution. This recipe’s saving grace was the green potato salad, which in a nice deviation from traditional potato salad had a green hue from the spinach, celery, and scallion mixed in. I can see myself taking the green potato salad to the next family gathering or potluck dinner.

Aside from the 2 T of sugar, (which we substituted with Agave Nectar) this dish was pretty nutritious:

This took us about 43 minutes box to plate, which was right within the suggested prep & cook time, but a little long for what it was. I think this recipe could have been simplified by ditching the pickled mustard seeds and just seasoning the salmon.