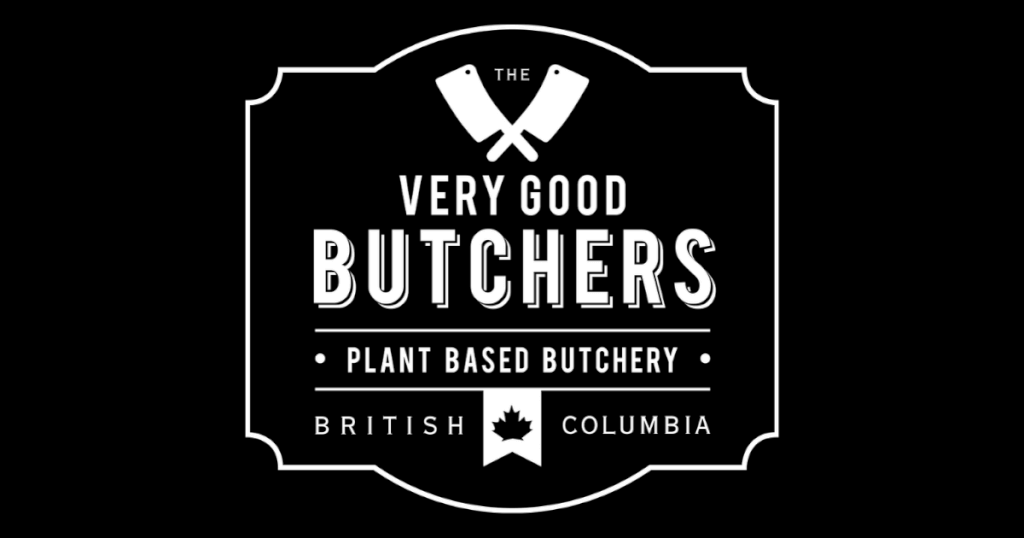 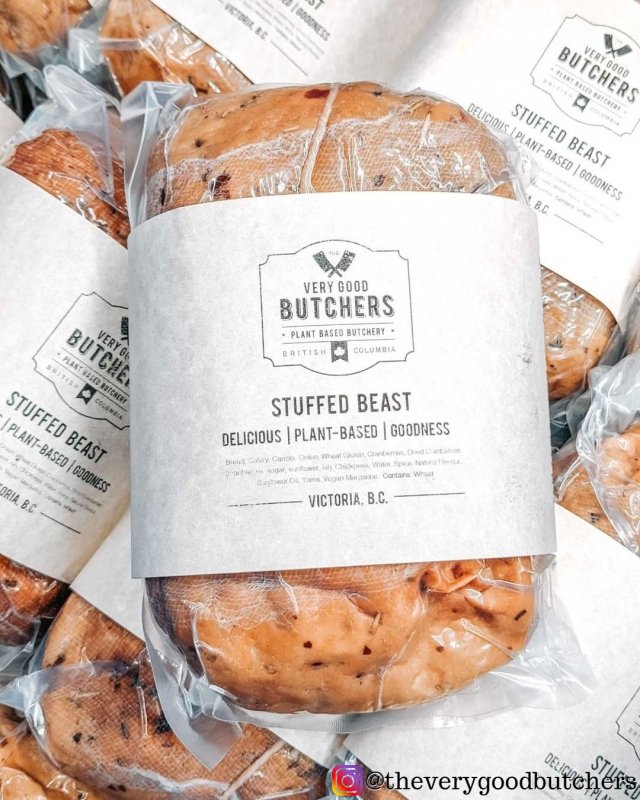 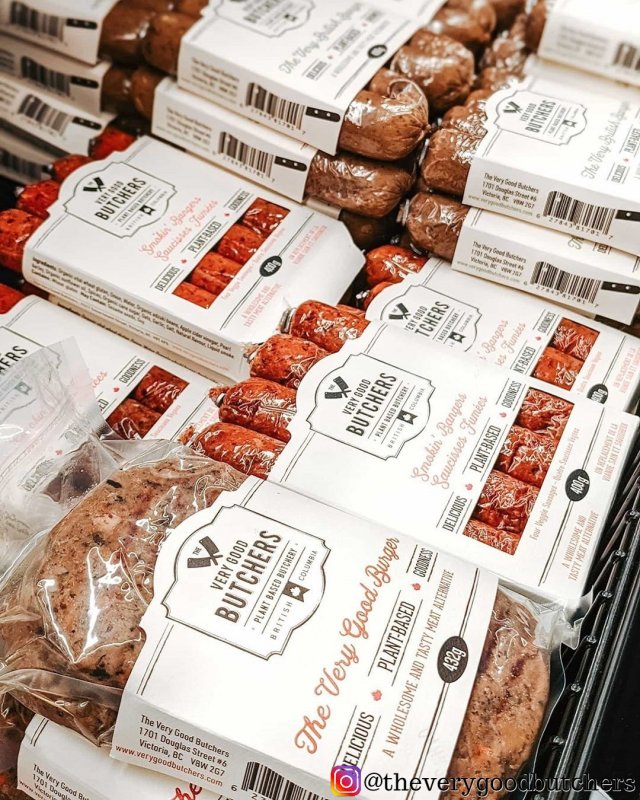 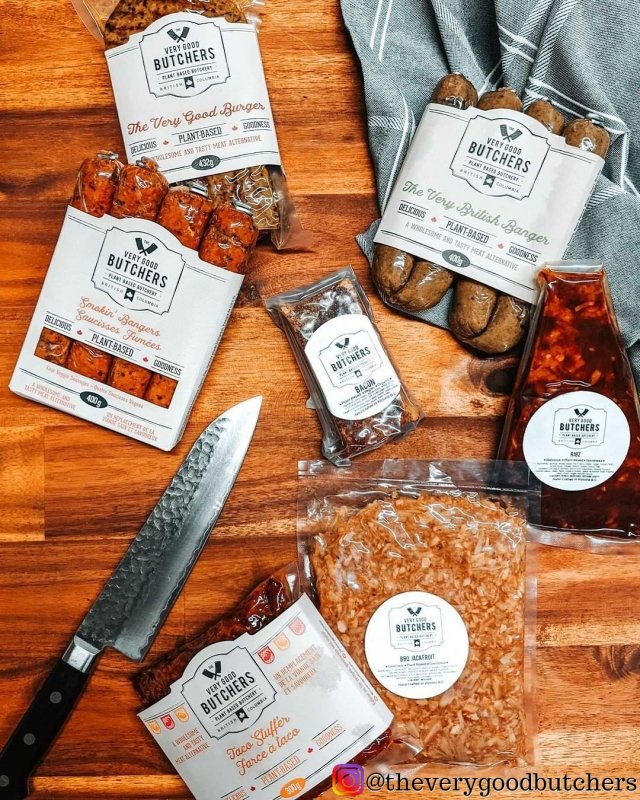 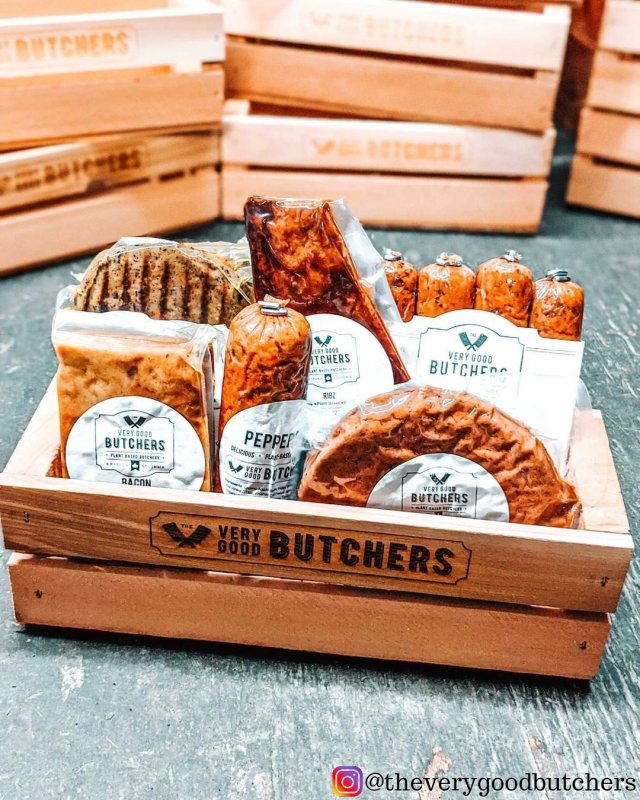 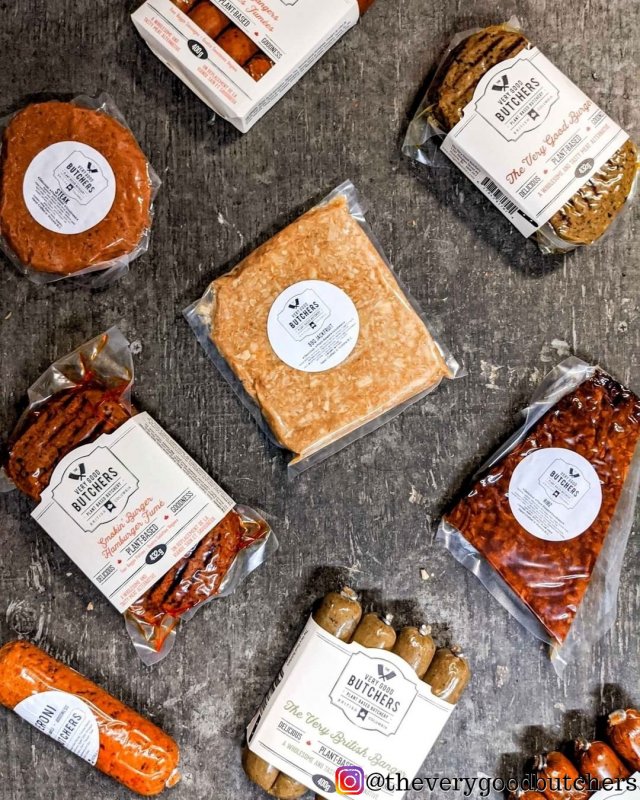 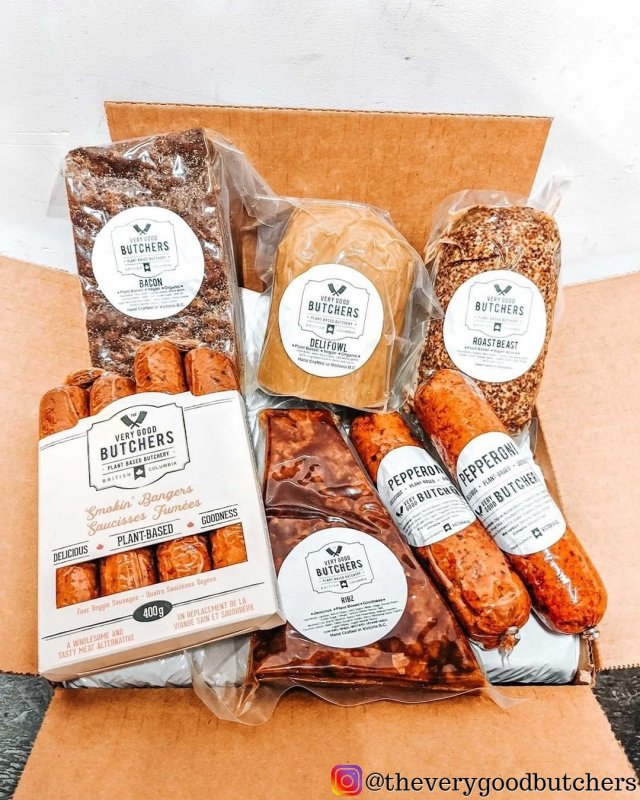 You can find lots of meat substitutes on the market, but many of them lack taste, texture, or appeal. The Very Good Butchers (TVGB) take meat substitutes to a higher level. It probably helps that the company’s president is a classically trained French chef who knows a thing or two about taste and appeal. James Davison, TVGB president and co-founder, has raised the bar on plant-based meats.

These ‘bean butchers’ not only create the best minimally-processed meat substitutes in their boutique operation, but they go the extra mile to provide you with some pretty awesome recipes and cooking instructions, so your meals taste – well – like a French chef’s. You can use their Taco Stuff’er to make amazing Asian Glazed Meatballs or try James’ flavor-filled recipe, Grilled Corn & Smokin’ Bangers, with Pureed Yam using TVGB’s ancho and chipotle-infused bangers. Home cooking never tasted so good!

The talented chefs at The Very Good Butchers transform beans, veggies, and spices into delicious plant-based meats that you’ll love for breakfast, lunch, and dinner.

Vegans AND carnivores will love TVGB plant-based meats for their taste, texture, and, well – taste! The heart of TVGB’s ‘meats’ is the noble bean, like organic navy, adzuki, or kidney beans. Depending on the ‘cut,’ TVGB chefs add various plant-based ingredients to give the meat its unique quality. For example, A Very British Banger contains fresh apples, leeks, herbs, spices, while a Roast ‘Beast’ includes navy beans, onion, garlic, herbs, spices, and a grainy mustard rub. Here are the current “meats” available from The Very Good Butchers:

The Very Good Butchers partners with The Cultured Nut to offer entirely vegan, gluten, and soy-free cheeses. The small-batch artisan cheeses are nut-based, but you don’t have to be a vegan to enjoy them. They’re a great way to avoid dairy while still getting the cheese flavors you’ve always loved. From a Caprese salad to a grilled cheese sandwich, the recipe variations are endless with Cultured Nut Cheeses. Flavors include:

The Very Good Butchers, based British Columbia, prices its products in both Canadian and U.S. Dollars, depending on where you live. You can easily toggle between the two currencies using the dropdown to the right of the shopping cart icon. The prices we discuss here are all USD.

If you prefer the convenience of regularly delivered vegan meats without the hassle of even having to think about shopping, you’ll love a TVGB subscription. You can cancel at any time, and there is no commitment, only convenience and quality. With any subscription, you’ll save 5% off the regular purchase price.

Monthly Meat Club: $34.50. You’ll receive six packs of vegan meats every month, with the selection changing monthly. Each box contains sufficient plant-based meats for 13 or more meals. For example, a box might contain one pack of Smokin’ Burgers or The Very Good Burgers, one pack of Smokin’ Bangers or Very British Bangers, one bag of Taco Stuff’er or BBQ Jackfruit, and three Butcher’s Choice items. Butcher’s Choice can include meats like Roast Beast, Bacon, or Pepperoni.

A Big Box of Plant-Based Meat: $68.31. The Big Box is TVGB’s most popular seller. With this subscription, you’ll receive one pack each of Smokin’ Burgers, Smokin’ Bangers, BBQ Jackfruit, and Very British Bangers, as well as two packs each of Taco Stuff’er, Ribz, Pepperoni, and Very Good Burgers for a total of 12 portions of meat. 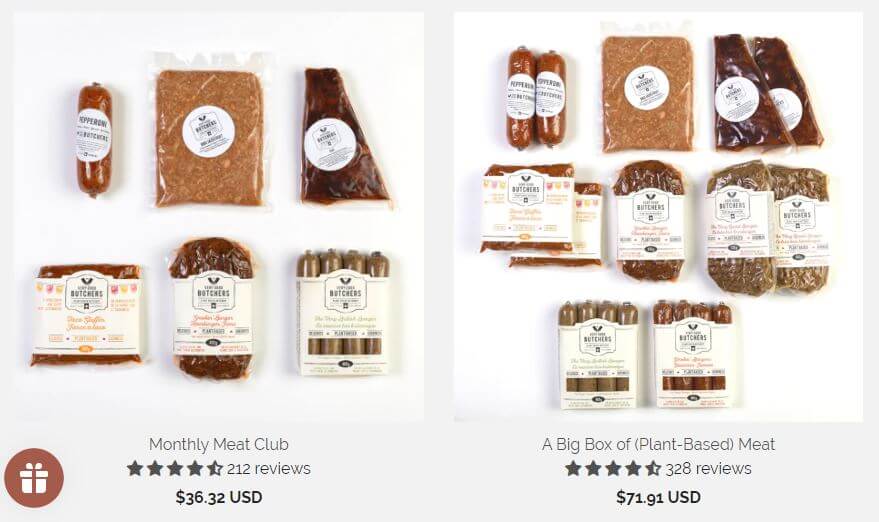 You may purchase the following boxes as a one-time purchase. Inquire about a subscription:

How much does The Very Good Butchers cost?

The Very Good Butchers has two subscription plans. The Monthly Meat Club costs $34.50, and the A Big Box of Plant-Based Meat costs $68.31.

How long does it take to cook a The Very Good Butchers meal?

All products are pre-cooked and can be reheated in just minutes.

When are The Very Good Butchers meals delivered?

It takes TVGB between 1-3 weeks to process and fulfill an order from the date of order. Once shipped, U.S. orders typically take two days for delivery via DHL.

How much does shipping cost?

Shipping within the U.S. is approximately $17 via DHL two-day shipping.

Where does The Very Good Butchers deliver?

The Very Good Butchers ships everywhere in the U.S. and Canada.

How do you skip a week of The Very Good Butchers meals?

The Very Good Butchers manages its subscriptions through Recharge. You can easily skip a monthly delivery or modify the delivery through your portal.

How do you cancel The Very Good Butchers?

The Very Good Butchers manages its subscriptions through Recharge. You can cancel your subscription through the online portal.

High quality craft beef and meats from farms and ranches around the world.
Special Offer
Featured

Get the BEST. MEAT. EVER. delivered to your doorstep.
Special Offer