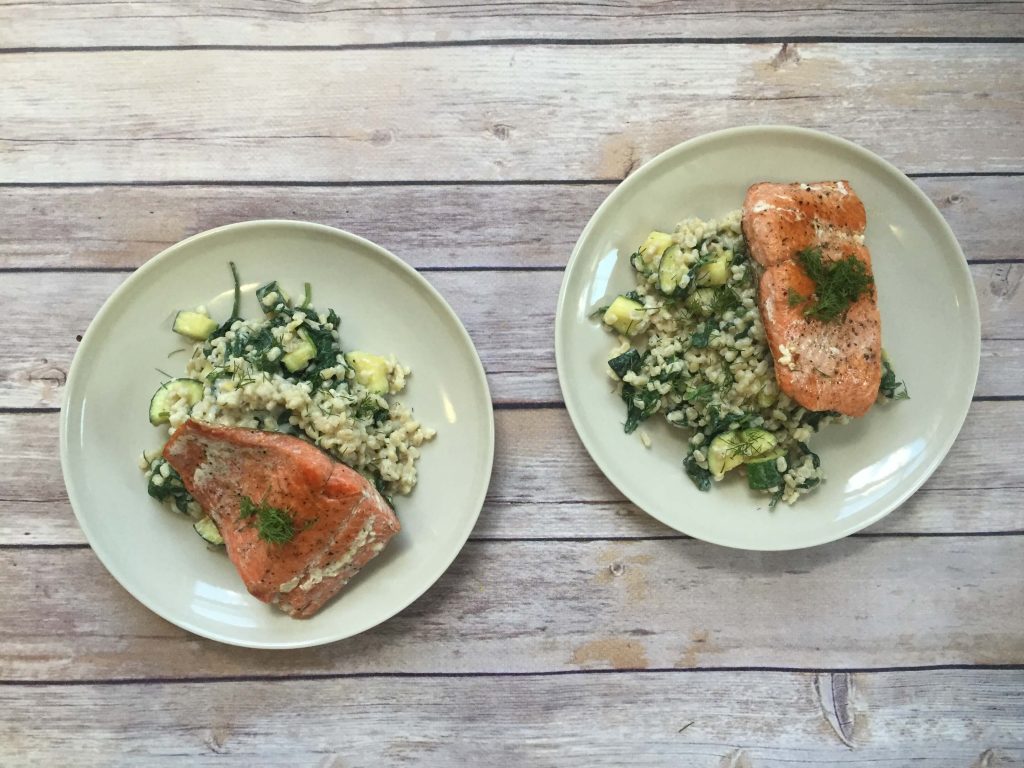 The last time I made a salmon dish from Blue Apron, I said I’d never order salmon again, but I forgot to cancel my order this week and ended up with salmon anyway. I knew we didn’t have time to make this recipe immediately, so I threw the salmon straight into the freezer (per the package instructions). The night before I knew I wanted to cook this, I took the salmon out and let it thaw overnight in the fridge. The previously frozen salmon tasted like previously frozen salmon, so I let the hubs eat most of mine. However, the bed of barley infused with lemon, spinach and zucchini was ultra-delicious, which made up for the sub-par protein. If we were to make this again (which is a highly likely) I’d substitute the salmon for a chicken breast. 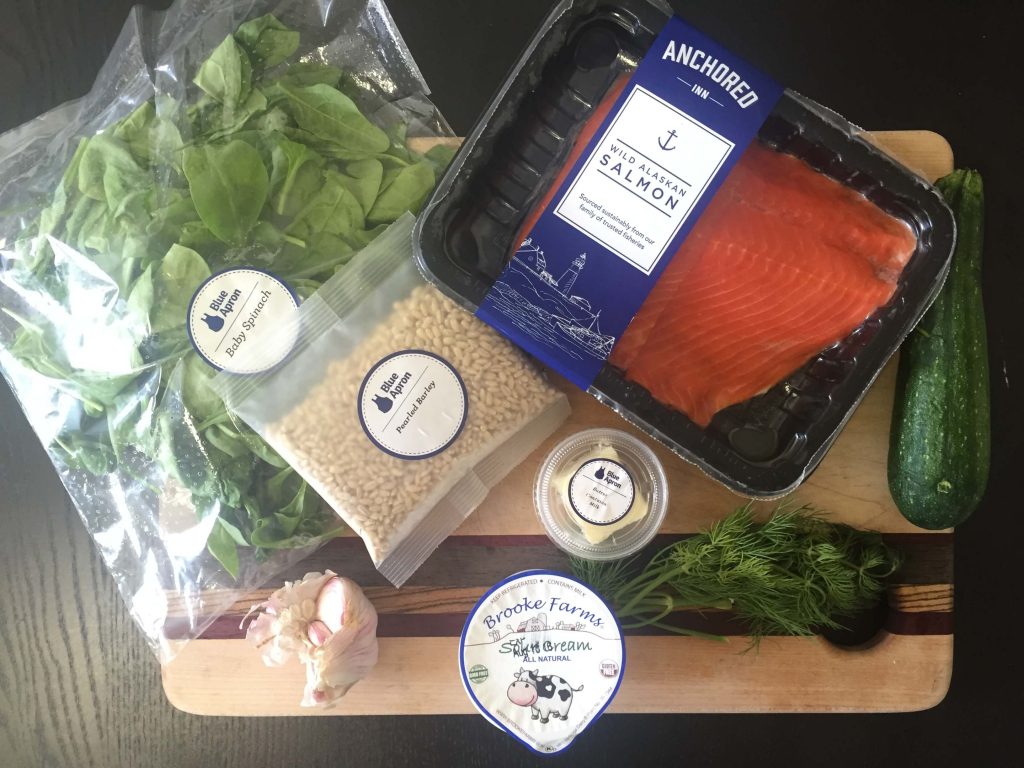 Almost everything in this recipe was really healthy, with the exception of sour cream and butter. The recipe calls for 2 tablespoons of butter, but we used less than half the amount and were still satisfied by the outcome. 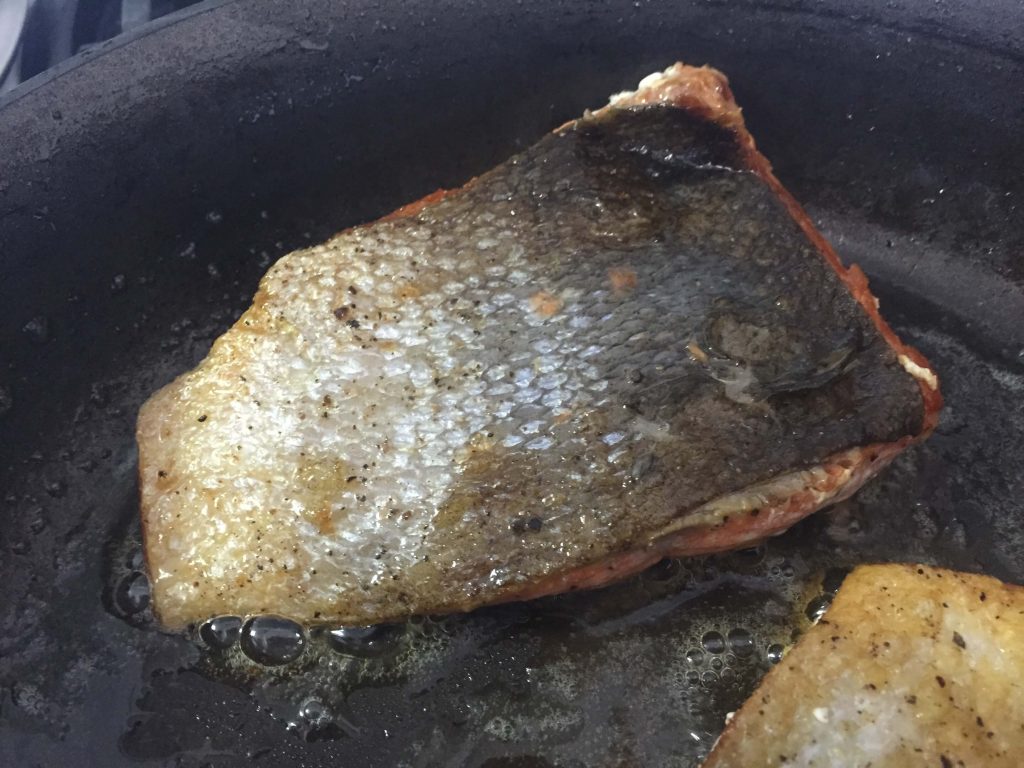 I give it an 8 because everything remained remarkably fresh despite not having time to cook this week until an entire week after our box arrived. I’m docking 2 points for the salmon…

This recipe only took us a total of 34 minutes to prep, which was less time than we expected, and clean up was easy too! 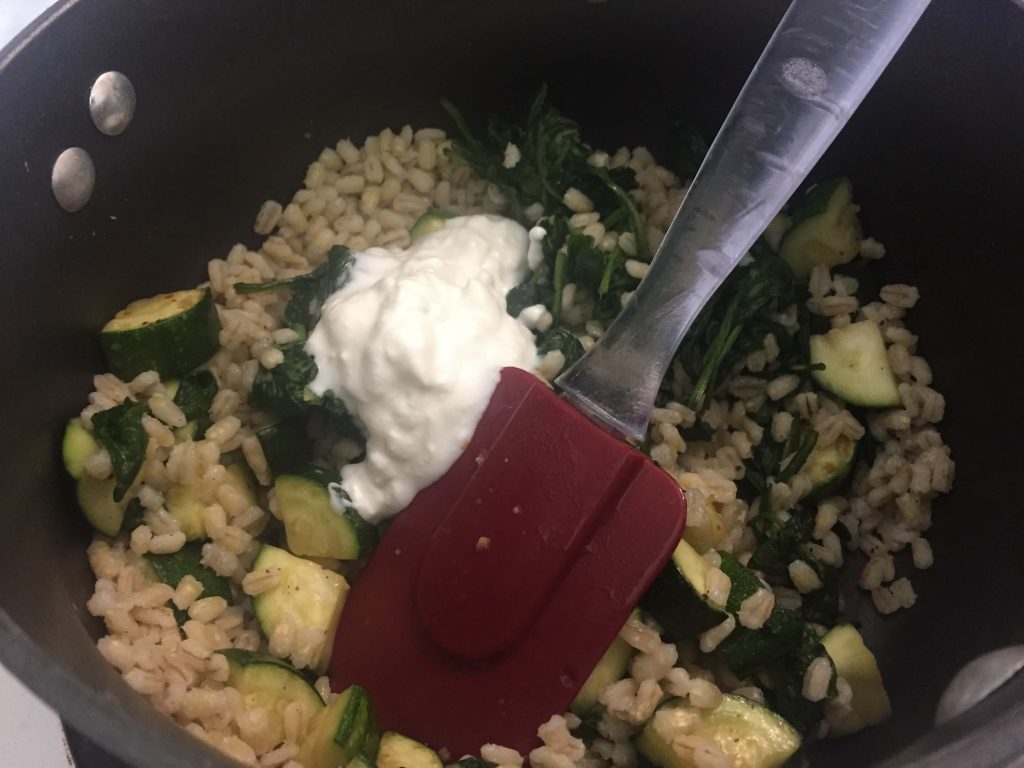 To get more information on the meal delivery service, read our comprehensive Blue Apron reviews.