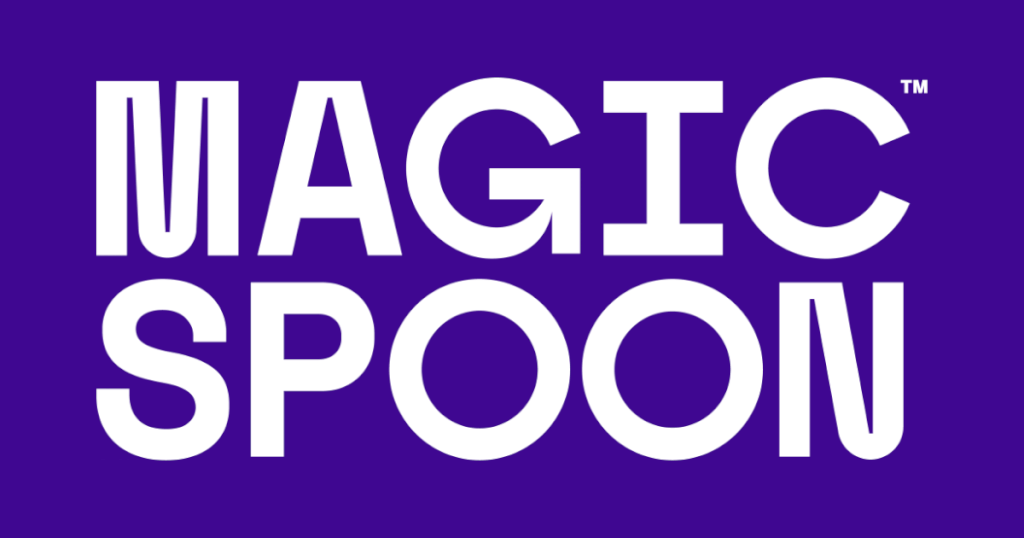 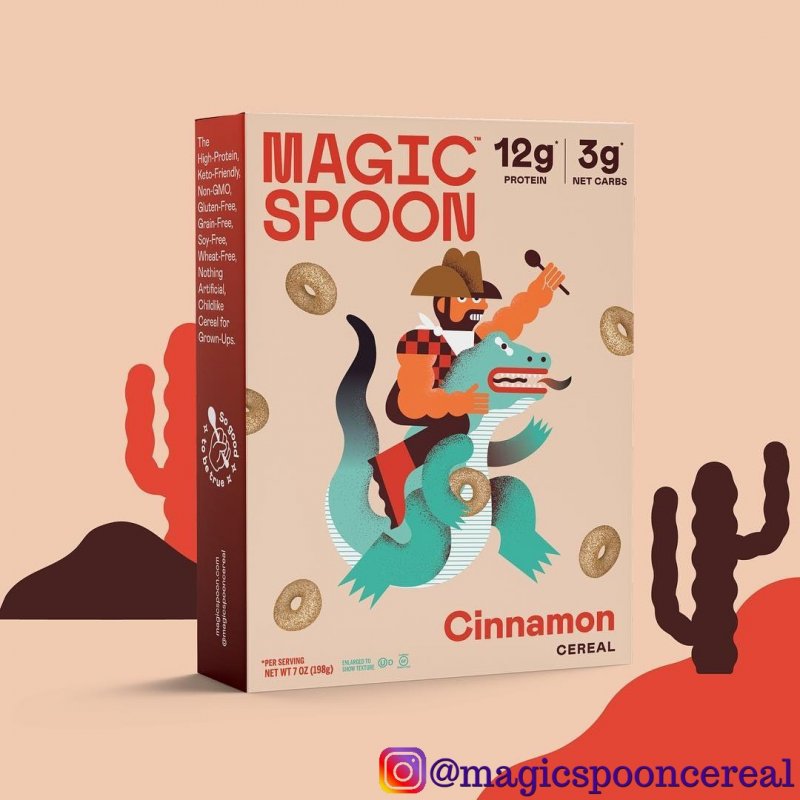 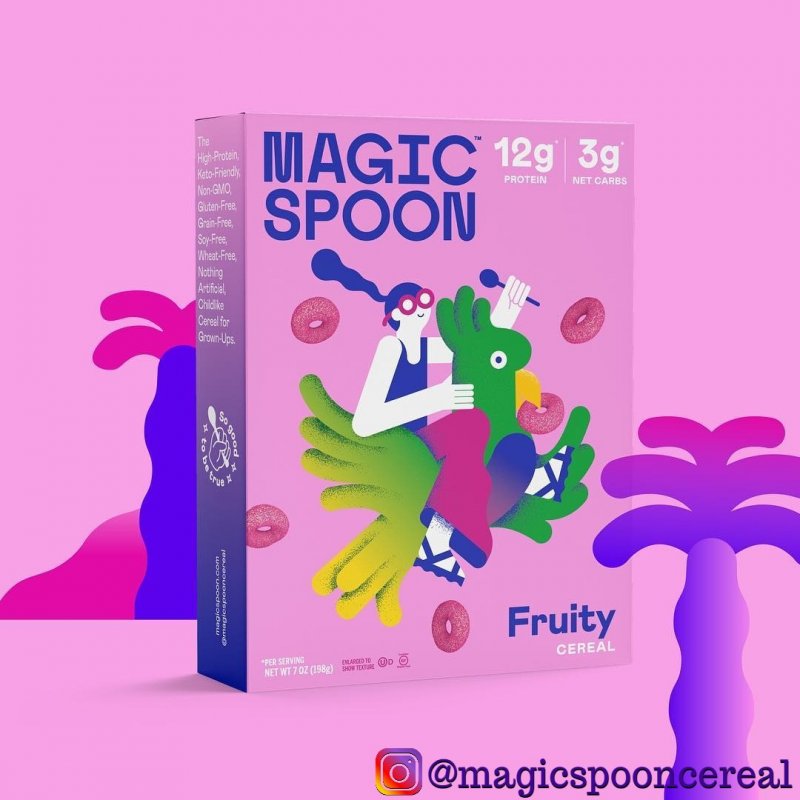 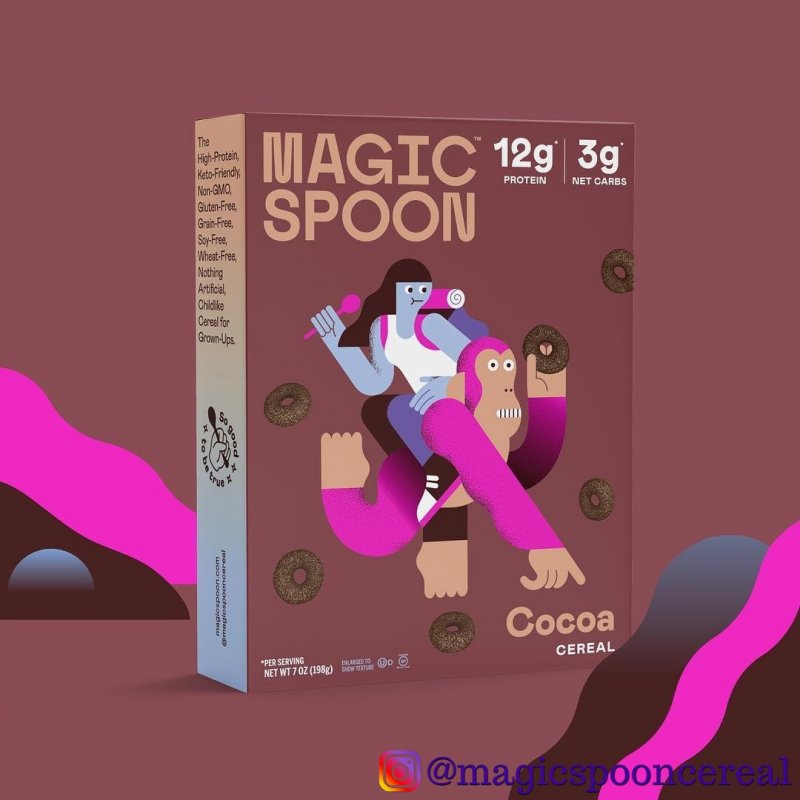 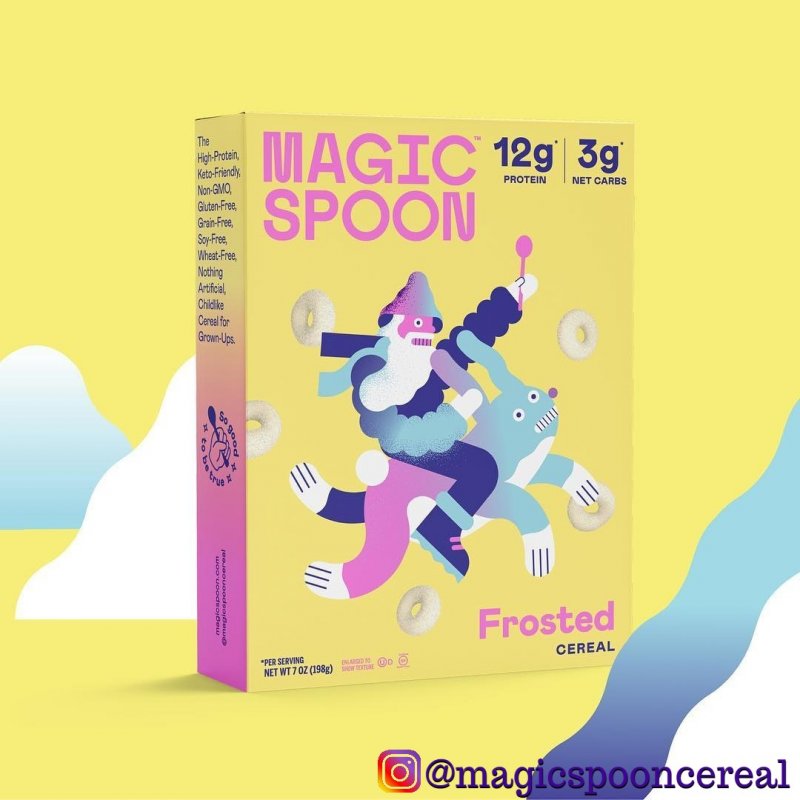 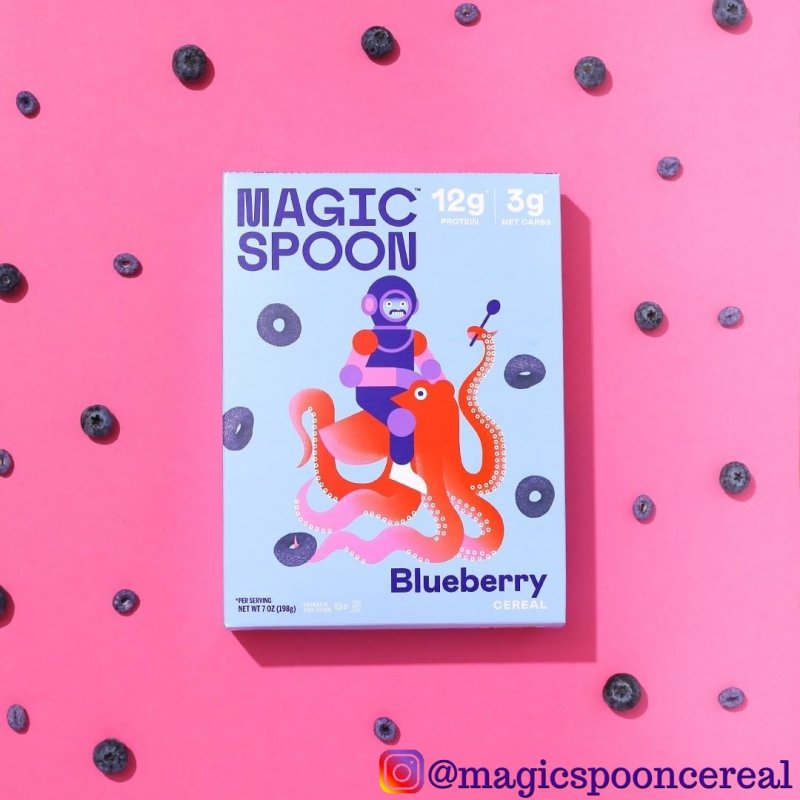 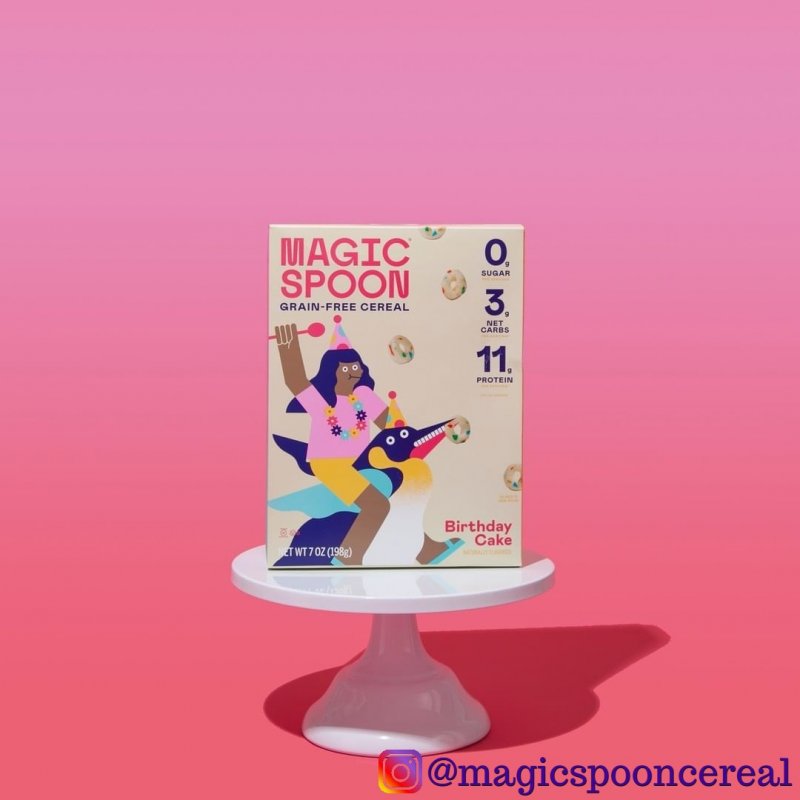 Healthy cereal doesn’t have to taste like cardboard! Magic Spoon is a keto-friendly cereal company that has reimagined your favorite childhood cereals with less sugar and fewer carbs. Adulting has never been better – now you can wake up and start your day with delightful flavors like Blueberry, Fruity, Cinnamon, Frosted, Cocoa, and Birthday Cake (limited edition), without any of the guilt. How do they do it? Magic Spoon’s team spent an entire year tinkering with their recipes, using healthy ingredients to concoct these magical cereals. The resulting blend of milk and whey proteins, coconut oil, and tapioca flour, with a dash of natural sweetener blend and flavors, is high-protein, gluten-free, and grain-free. This low-carb cereal is perfect for keto dieters or, more generally, for those who want to eat fun foods responsibly.

Magic Spoon’s keto cereals may taste like the beloved brands you grew up with, but they are MUCH healthier. Flavors include: 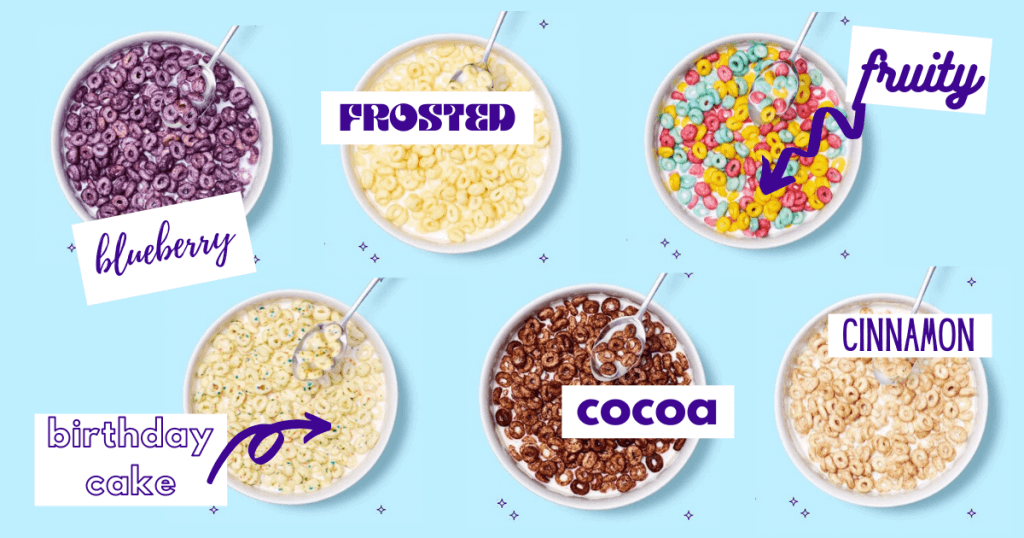 Some flavors include additional ingredients.

Place a one-time Magic Spoon order or save 10% with a subscription.

Each regular-size box contains 7 ounces of cereal, which is slightly less than the typical box of cereal from the grocery store. According to the label, each box contains approximately seven ¾-cup servings. A case will supply your cereal needs for about four weeks (if you can limit yourself to a bowl per day).

How much does Magic Spoon cost?

How many calories are in the typical Magic Spoon meal?

When are Magic Spoon meals delivered?

How much does shipping cost?

Standard shipping is FREE on all subscription orders and is also free on any one-time orders over $50.

Where does Magic Spoon deliver?

How do you skip a week of Magic Spoon meals?

How do you cancel Magic Spoon?

To cancel your Magic Spoon subscription, log-in to your account, go to the "Subscriptions" tab and click "Cancel" next to any subscription item that you'd like to cancel.